Snowed in, then rescued. 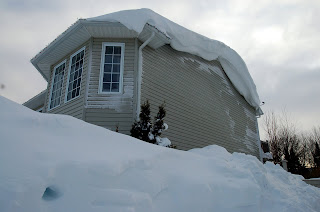 That was a serious snowstorm. A few records were beaten or neared. We got 48 cm in one storm here, I think it was 60 something in the north of the province. There is now officially 71cm of snow on the ground so you can imagine how high the snow banks are at the side of the road. And the drifts made by the wind... I love how the wind whips it around and shapes it. It reminds me of desert sands, which I have more experience of than snow.
Anyway, we were completely snowed in. It took our neighbour over 2 hours to clear his driveway with his snowblower, and the other neighbours did it by hand in about 2 hours too- but that was with all four of them working. If Steve had been here and had tried to do it by hand on his own it would have taken about 6 hours!! So after speaking to a friend on the phone she called back to say her husband was on his way over with a friend and a snow blower. We owe them big time!!

We'd been up since 6.30 so by 9am, when these photos were taken below, we had already been for a walk round the block, played in the snow a bit and were ready for hot chocolate with marshmallows (B's idea) and a second breakfast of toast and the last of daddy's blueberry jam. 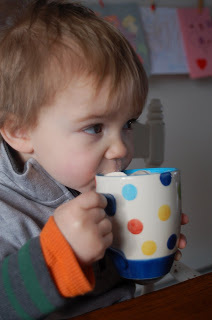 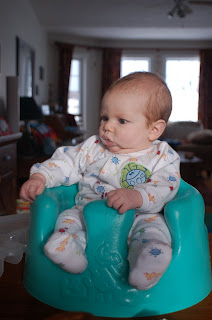