Lindsey and I decided to take the kids to Grand Manan for a couple of days. We are not quite sure what we were thinking... it wasn't exactly the most relaxing of holidays given the unfavourable ratio of adults to children combined with the miserable rainy weather. Nevermind though, you soon forget the tough bits and only remember the fun and friends :) 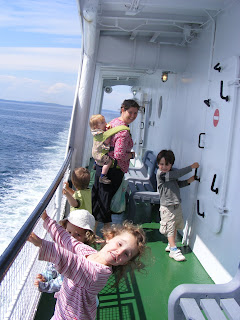 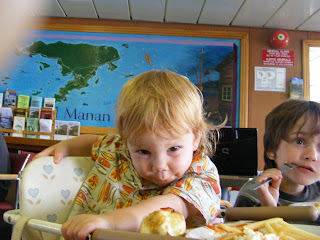 Funny photo of Tadhg taken by Brendan. We spent some of the boat time inside eating fish and chips- it kept them contained in one spot for a while! 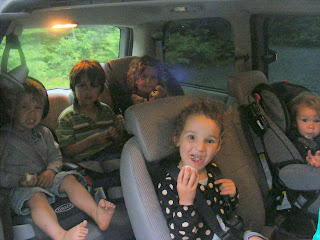 Five in the van. 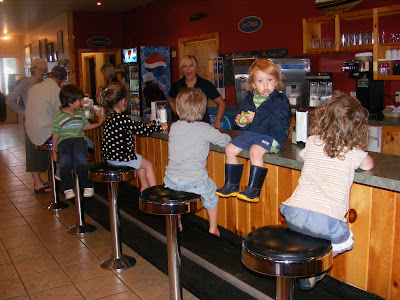 When we woke up the first morning it was pouring with rain. So we headed to a cafe for breakfast. 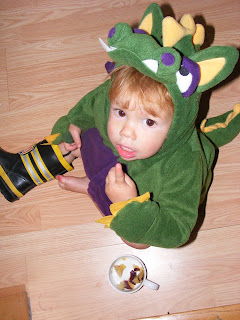 Then we stopped in to the island's used clothing shop to find rain coats for Lindsey's kids (they had come straight to Grand Manan from somewhere else without going home and didn't have rain gear). We ended up spending a long time in there and coming out with a costume for each of them.

We also went to the library for a bit and then Lindsey took Ira, Hannah and Brendan to the museum while I got Esme and Tadhg to sleep in the car. 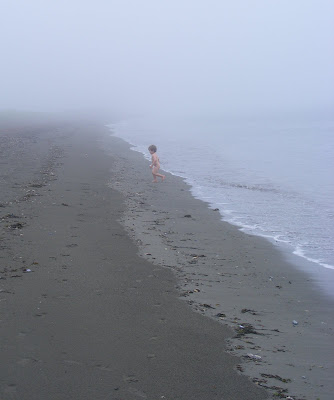 We then stopped at a beach and soon the older three were naked and paddling in the water.

We wanted to stay out as long as possible so that we could tire them out and get them to bed early but it was one of those days where time passes very very slowly. So the afternoon was spent watching a kids movie from the library and dressing up to be dragons, a turtle, a princess and a bear. Tadhg was banished to eat his spaghetti supper outside to minimise the mess. 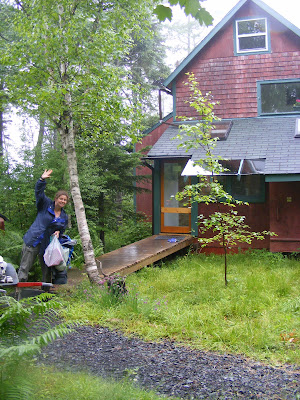 Here's the cabin we stayed in. On three floors with extra loft bedrooms and a fish pond in the floor of the living room. The owner has built a few cabins dotted around in a patch of woods by a salt marsh and he has chickens and ponds and an organic garden. He also has a big gravel pile intended for some future project that was Brendan's favourite spot. Ira tried fishing for goldfish with a net and Tadhg and I gathered some wild strawberries by the driveway. 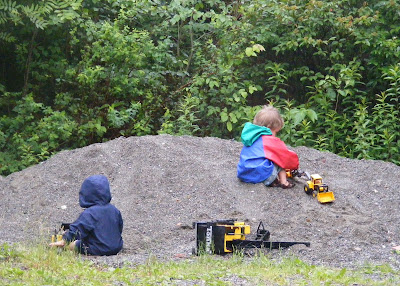 On both nights they did all go to bed early so Lindsey and I got some valuable time by ourselves. Next time we'll go somewhere without the kids- can't wait :) 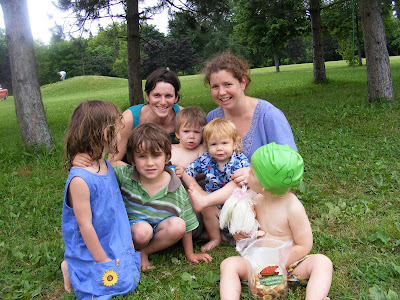 And here we all are.

On our way to Grand Manan we stopped in to visit our friends in Quispamsis one last time. I lived and worked with a good friend from New Brunswick in Cairo 10 years ago and her parents have been very welcoming and special to us during our time here. On several occasions over the last few years we've enjoyed spending time with them, playing in their garden, sharing lobster, being fed lots of other lovely food and meeting Ali there. And of course this is where our canoe came from. 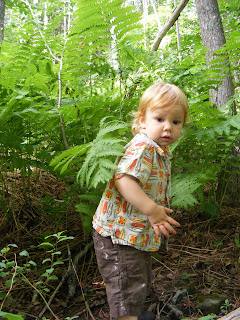 This time we went for a little nature hike... 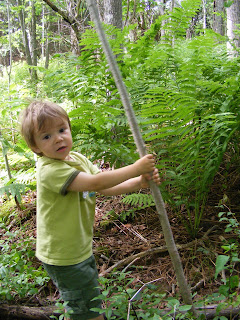 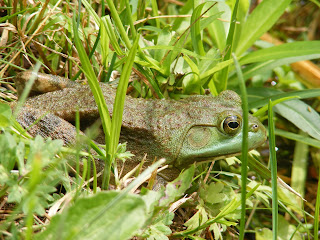 ...which ended in swimming in the river. Lots of fun. Except the part where Brendan got a leech between his toes. I've never liked leeches much but am grateful that I experienced many a leech in Sri Lanka so that I was able to get it off without Brendan really knowing what was going on. 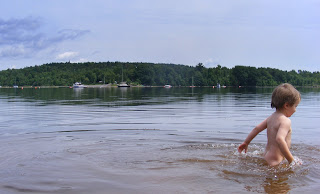 Here are a few pictures from our strawberry picking outing last week. This is the first organic strawberry U-pick in this area and it belongs to relatives of a friend of ours. We went along with a group of our friends and picked (and ate) lots and lots of berries before having a picnic together. Every special day like this is all the more important because we're going so soon now. 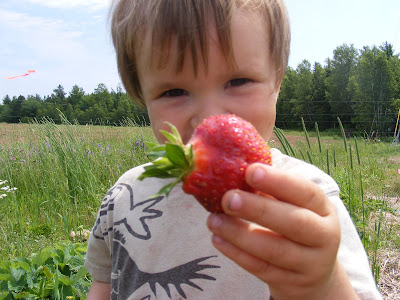 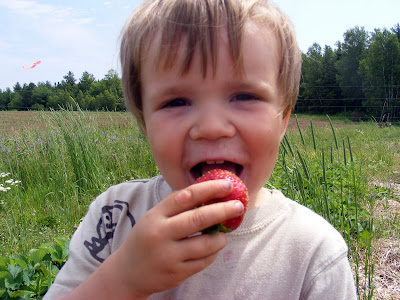 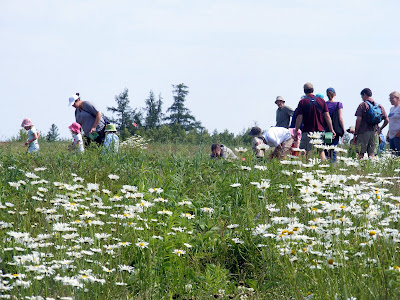 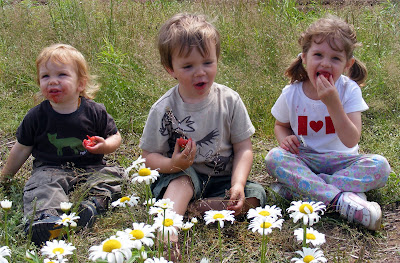 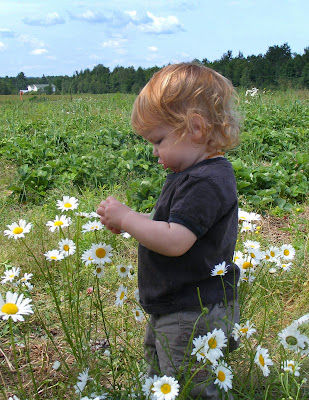 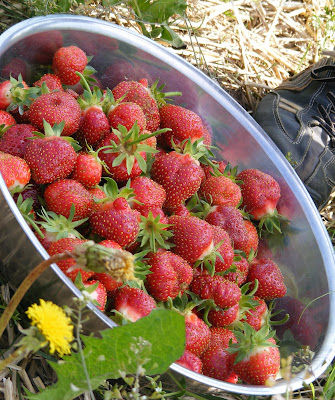 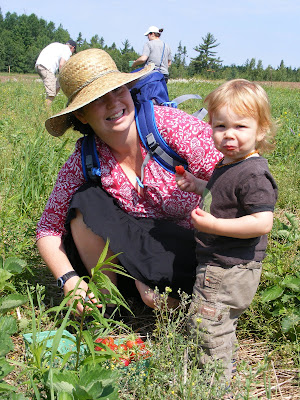